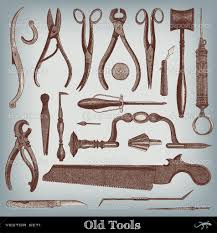 Probably not.
Years ago, when I was a beginner dentist, I didn’t know much, but then a lot of others were in the same boat. At one time, the teeth were considered a focus of infection, a place which harboured bacteria just waiting to set forth and infect the rest of the body. Boy, did dentists feel maligned, something like weathermen who were blamed for every storm and cold font, tornado, and drought, just for being around.
There was then an orthodoxy surrounding dental treatment for patients who had various sorts of heart defects, such as damaged or defective heart valves, a history of heart valve replacement, a history of rheumatic fever, or other heart-related problems. All such individuals were given penicillin (or, if they were allergic to that, another antibiotic) for two days before treatment and then for a day after the procedure, because it was felt that bacteria such as Streptococcus mutans or Streptococcus viridans lodged in the gums and around teeth would get pushed into the blood and then travel to and colonize these damaged, sensitive surfaces of the heart. A few years later, the regimen (developed by the American Heart Foundation) got simpler and involved just a single dose of penicillin (or other as above) an hour before the dental treatment started.
More recently, realizing that people with these problems could seed their hearts with bacteria just by brushing (and flossing), it became clear that it was a fool’s errand to try to prevent these effects except where there were powerful reasons to try to do so: recent heart valve surgery (within the last year) or certain serious and complex developmental defects involving the heart, or a heart transplant. Unfortunately, it was not a good idea to have these patients on a continuous dose of antibiotics either. The free and easy way in which antibiotics were being used was becoming a danger in itself, because strains of antibiotic-resistant bacteria were arising due to their overuse.
So, at the time, there was also a concern that certain artificial implants, such as latex tubes placed to drain excess fluid from the brain, or artificial hip joints, might offer internal surfaces that could be colonized by mouth bacteria, and antibiotics might be useful against this possibility too. And then antibiotics for these cases fell out of fashion, too.
That was then. Here, now, we’re up against the same situation again. Recently, a woman with an artificial knee joint arrived in hospital with a painful infection in that site. Puzzled doctors opened up the knee and discovered that the infection was by another type of bacteria, this time Streptococcus gordonii, commonly found in the mouth, and decided that because the woman had recently started vigorous flossing, that must have pushed them into the blood, and the infection of the knee followed.

Of course it did. Obviously.

Same old story, blaming the teeth again.To which I say, maybe. And if history is any sort of guide any more, probably not.

One thought on “1001 Uses For Dental Floss #54- Can Good Oral Hygiene Damage Your Body? Really?”