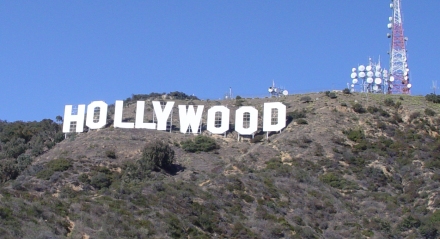 You never know when used floss can get you into legal trouble, so be careful how you dispose of it. Not in the toilet, according to Use #12, and here we find that you shouldn’t throw it in the trash either. This story is high-level scandal material in the best Hollywood style, like right out of a movie.

No, this is not a story from The National Inquirer (well, it probably was featured there, but we digress.) Picture this: the ex-wife of an 89-year-old billionaire sued him for an increase in child support payments from $50,000 a month to an amount more worthy of the star ratings, $320,000 (yes, per month!) claiming he was the father of her little girl. (I told you this was true Hollywood!) The marriage had only lasted 28 days, but it followed 11 years of dating by the couple. The putative father, believing that he was not really the dad of the little girl (after all, he was 89) and that his ex had tricked him, didn’t want to pay.

Wire taps by one of the billionaire’s lawyers (illegal ones that resulted in the lawyer being indicted) showed that the ex-wife discussed with her own lawyer the child’s actual biological father, a certain Hollywood producer. The rich man and his lawyer visited the producer the next day and asked him if he would take a DNA test, which the man refused. A private investigator was then hired to go through the man’s garbage (he didn’t want to gum up the water treatment facility – please see Use #12) and found a piece of used dental floss. A lab was able to retrieve DNA from it to prove that the producer was indeed the father of the ex-wife’s child.

The paternity suit was quashed, and the California court of course reduced the ex-wife’s request and ordered the payment to stay at $50,000 a month, as it had been before. That still buys a lot of floss.

So, how to dispose of the used floss, you ask, without getting into trouble one way or another? You can’t, it seems, so it’s best not to get into trouble in the first place. (Or spend a bunch of money, if you’re a billionaire, and commission a rocket to blast it into space, then make a movie about it and get the money back selling tickets, or just bring it to the dump yourself, if you’re not made of money.)

Don’t let this story stop you, though. Keep on flossing.