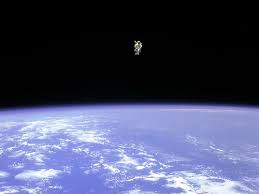 Space dentistry, the final frontier. No, not really, fellow Trekkies, but studies on dentistry in the space environment have already begun.

Indian dentist Balwant Rai grew up fascinated by space and the stars. He watched the sky at night (“Balwant, time for bed! Stopping staring up into the sky. It’ll make your neck stiff!” his mother would chastise him. (I’m making this up, actually paraphrasing my own mother, and hope he takes all this in good humour.) Once in bed, he dreamt about merging the studies of dentistry and the universe into one discipline: aeronautic dentistry, which would deal with dental care during space travel.

From the time he was knee-high to an alien grasshopper, Dr. Rai wanted to be an astronaut, and once he became a dentist he began to study the effects of space on the oral cavity (a fancy term we dentists use to say “mouth”) Simulating the environment of space, he conducted experiments in microgravity and in conditions like those on Mars. He designed the first college course on space dentistry in 2006.

Under these conditions, he found that humans would experience swelling of the face, changes in their sense of taste, abnormal facial expressions (whatever that means), and tooth pain, dry mouth, gum disease, tooth decay, stones in ducts of the salivary glands,precancer and cancer of the mouth, and fractures of the bones of the upper and lower jaws. Pretty scary, really.

Anyone willing to sign up for that one way mission to Mars set for about 2030? Imagine a toothache all the way to Mars.

How to manage if an astronaut has an abscess, a broken tooth, or a jaw fracture during a mission.

Should one or more of the staff (presumably one with medical training) on board a space vessel have special training in providing dental treatment, along with other medical activities,

Should standardized techniques be specially modified for the space environment? What dental equipment would have to be included in a space mission? Would laser techniques or other technologies be more appropriate for space? What about taking xrays- how to keep everything steady? For example, modern dental treatment requires the use of a fine water spray to remove debris and keep the operative area clean. A cloud of bacteria-laden water droplets would have to be controlled so that it doesn’t contaminate surfaces and other humans or get into sensitive electronic equipment. The same precautions might also apply to brushing and flossing.

Should all space travellers have to have a thorough dental exam and comprehensive dental care before being allowed to come on board a spaceship?

How can an astronaut maintain proper oral hygiene during extraterrestrial missions, including the mission to Mars. How would they rinse, or spit? What could be done if they run out of dental floss on the way to Jupiter?

What are the effects of extraterrestrial environments (increased radiation, a lack of gravity, restrictions on certain foods, stomach upset) on the oral cavity?

And what about those weird alien teeth we always see in science fiction movies, like “Alien”? Who is going to look after them?

One last thought: if Dr. Leonard McCoy of the original Star Trek series was nicknamed “Bones”. What should Dr. Rai be called?

Balwant Rai is a leading expert in aeronautic and space dentistry. He developed the first college course in aeronautic dentistry in 2006, and has since conducted several experiments under microgravity conditions. His studies mainly focus on the effects of microgravity on the human body. Balwant has published many articles on aeronautic dentistry, and he was selected for crew 78 in the Mars Desert Research Station (MDRS) as health and safety officer and crew 100B as commander, emergency physician and biomedical scientist. Contact him at <raibalwant29@rediffmail.com>.